SKOPJE – Mr. Vladimir Gjorgjevski, Head of Local Branch Office of RYCO in North Macedonia was one of the panelists at the ‘Women In Foreign Policy’ conference organized by the Ministry of Foreign Affairs on October 14th, 2022.

The goal of the conference was to share opinions and experiences on the current status of gender equality in the country, after many attempts and foreign assistance on making improvements on the issue. Mr. Gjorgievski touched upon very sensitive topics, including the current and previous political environment, his experience and gratitude toward all the foreign assistance, North Macedonia has received throughout the years, and mainly how his leadership position made efforts and changes in the RYCO Local Branch Office in Skopje on this particular issue. He explained and promoted RYCO’s mission and strategy for dealing with gender equality on the regional level and how we as RYCO strive to support young women not just through job opportunities and more so through project participation and involvement.

He stated that we as RYCO, are setting an example for young people as their biggest champions in youth cooperation and opportunities with having gender equality in the Governing Board which is the highest decision-making body of RYCO and based on consensus and co- management system, as well as having 60% of women on the managerial positions in RYCO. 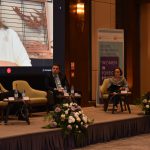 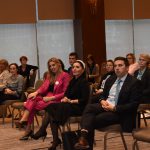 We are hiring: Local Program Officer