In the 20th century, Bosnia and Herzegovina, but also the entire region of the Western Balkans, moved from a mostly agrarian society to an industrial society. The socialist government built factories wherever the opportunity arose for such a thing. No attention was paid to any consequences that the mass use of fossil fuels could cause. It was only essential to modernize society quickly. However, the consequences can be noticed today – larger cities in Bosnia and Herzegovina have problems with smog in the winter, and all parameters according to which air pollution is measured show very poor results. The situation has also worsened as more people use cars in the 21st century.

Although the socialist government was trying to solve this problem or at least to slow down the pollution, the problem was only ostensibly solved. Emerick Blum, ex-major of Sarajevo, was the biggest advocate for the modernization of the city and the transition of the majority of residents to gas heating, i.e. the installation of a gas pipeline.

The project itself cost more than 350 million US dollars.

In the last 5 years, there has been more talk about air pollution in the cities of Bosnia and Herzegovina, but also about global warming, which is a threat to the entire planet. Bosnian cities are often ranked high in the world in terms of pollution.

These are just some of the headlines in various media that report on pollution:

Adnan Ošijan is a graduated sanitary engineer who graduated from the University of Sarajevo. During his high school and university education, he did a lot of seminar papers and essays on air pollution.

Haris: What is meant by syntagma air pollution and which particles are considered as pollutants?

Adnan: Air pollution is the presence of one or more pollutants in the external atmosphere, which during a long period can cause negative effects on people, animals, vegetation, and other common goods. The main cause of pollution is consumer activity, especially in big cities or industrial centers. There are many pollutants and even more combinations of those pollutants, however, some of them stand out considering how much they harm the environment. The most dangerous are hydrocarbons like methane, ethane, propane, butane, carbon monoxide, nitrogen dioxide, support dioxide, and suspended particles (smoke, dust, and soot)

Haris: What are the biggest sources of this type of pollution?

Adnan: There are two types of pollution, one of them is artificial and the other is pollutants from nature. Artificial sources are heating plants and individual fireboxes, motor vehicles, fossil fuels, agriculture, waste, and many others. Nature sources of pollutants are forest fires, volcanos, and dust. 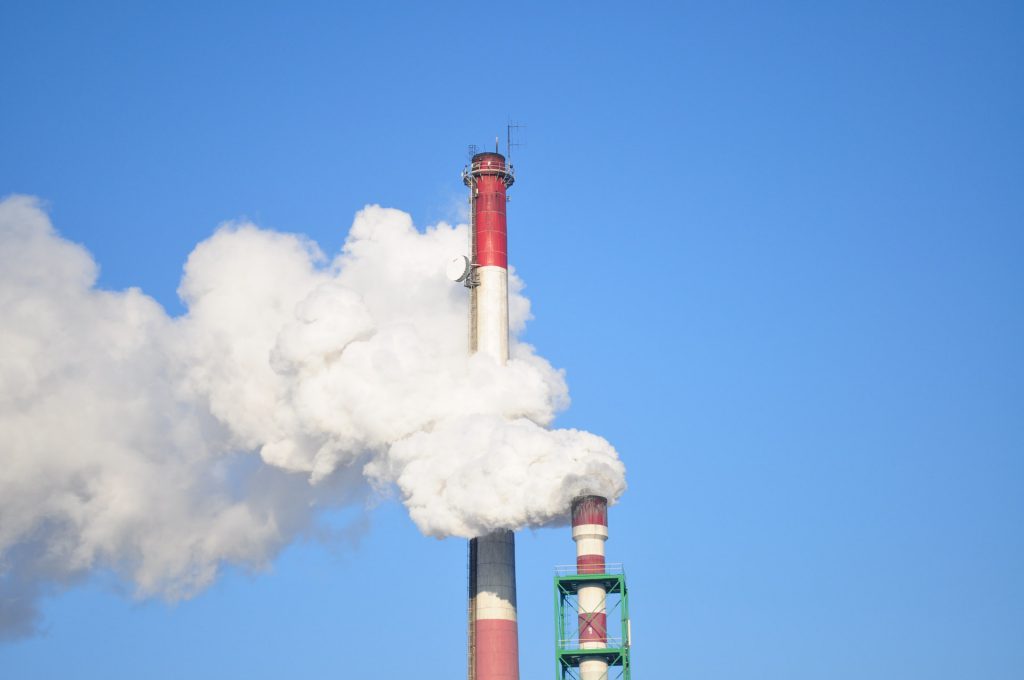 Haris: How much do fossil fuels affect this type of pollution, primarily wood and coal?

Adnan: During the combustion of fossil fuels a lot of heat energy is released, however a lot of pollutants are released also. The production and consumption of fossil fuels are a big concern according to major scientists in the world. Combustion of these fuels causes the greenhouse effect ( The greenhouse effect is the process by which radiation from a planet’s atmosphere warms the planet’s surface to a temperature above what it would be without this atmosphere) and ozone depletion (Holes in the ozone layer). The consequences of this are global warming. We know that a lot of households in Bosnia and Herzegovina use fuels like coal and wood, which causes a lot of problems, especially in winter. According to the research of the “Finnish Meteorological Institute“ and the government of North Macedonia, 90 % of floating particles in the atmosphere are caused by the combustion of wood.

Haris: Is there any alternative to wood and coal, that would in some way prevent pollution?

Adnan: Of course there is, but there is a problem with the mental state of our people and the government. However, I am very optimistic because our society follows the trend of western countries. To some extent, educational campaigns can also be useful in terms of reducing emissions from such furnaces. State, regional, and local regulatory agencies around the world have implemented several measures to regulate air quality management aimed at reducing the concentration of pollutants emitted from wood-burning combustion plants. These include actions focused on changing fuel, changing combustion technology (replacing furnaces), building a central heating system, introducing heat pumps, and educational campaigns targeting the method of lighting fires. As one of the most important aspects is the replacement of stoves, pellet stoves, public central heating, heat pumps, the use of ecological stoves, the use of quality firewood.

Haris: We must be aware of how much air pollution harms the health of all people, especially risk groups. What are the diseases caused by this type of pollution? 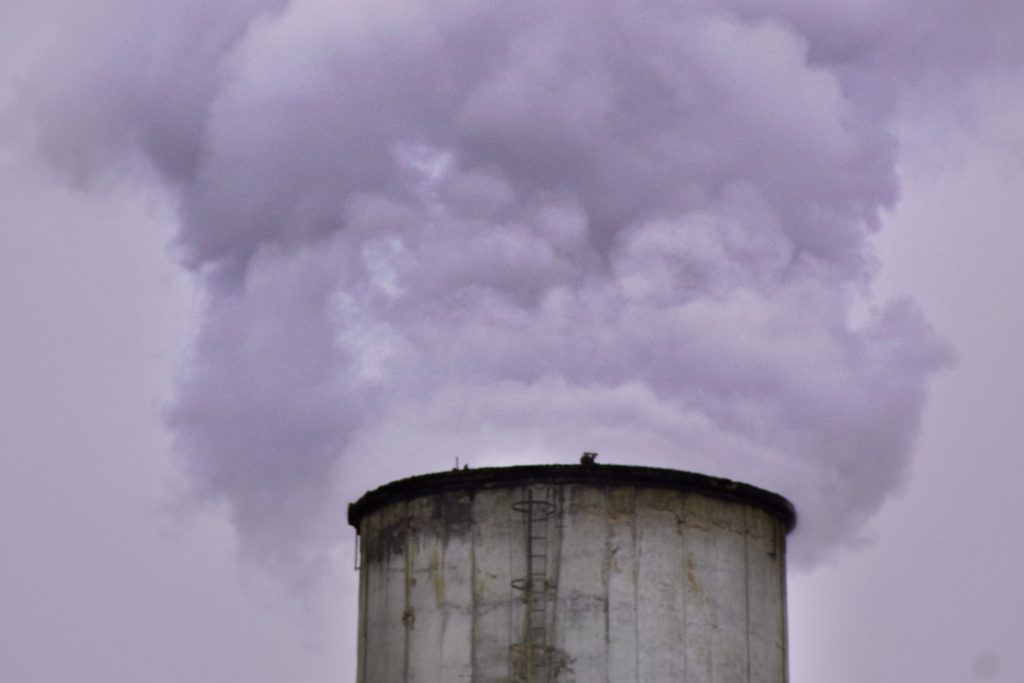 Haris: I am interested in your expert opinion on the situation in BiH cities such as Sarajevo, Tuzla, Zenica, and Kakanj?

Adnan: The situation in cities such as Sarajevo, Tuzla, Zenica, and Kakanj is alarming. Data collected by meteorological and other institutes show that we are among the most polluted cities in the world. This year, Sarajevo recorded the highest concentration of harmful pollutants in the air. Carbon monoxide concentration, carbon dioxide, nitrogen, and sulfur dioxide, and suspended particles, especially increased during the winter in all these cities precisely because of the use of fossil fuels. In recent days in these cities, there has been a large increase in air pollution, with the most pronounced increase in concentrations of suspended particles, especially soot.

Haris: Is the new situation with the Covid-19 epidemic in any way related to air pollution, especially the deterioration of the general health of the population?

Adnan: Of course, we know that both the Covid-19 virus and air pollution target the respiratory system. Now imagine that you have a patient who is positive for Covid and has pneumonia, when we add air pollutants to it we will greatly complicate the course of the disease and change the outcome and its consequences, and permanent damage to the respiratory system is possible. And to add the winter period where the spread of droplets from the oral cavity into the air is increased and with pollution and the presence of viruses, it is an ideal basis for diseases of the respiratory system and development of other health complications.

Haris: How can we protect ourselves from air pollutants?

Adnan: The best option for polluted air is to stay indoors with filtered air. The air indoors is also polluted with small particles, so you should consider buying an air purifier if you are in a space polluted with suspended particles. Second, do not go out unnecessarily and If you are a consumer of tobacco, try to stop smoking. Maintain body hygiene and hygiene of the space in which you live. If possible, ventilate the rooms. As for the use of masks, if it is surgical masks and ordinary masks, they do not help with small particles, therefore masks marked FFP2 or FFP3 are good for this kind of problem.

According to Adnan, Bosnia and Herzegovina has huge problems in terms of quality of life, especially in larger cities. However, according to experts, there is hope that these problems can be solved. What we can do is to educate people in our community about the consequences and ways we can improve the quality of life. Modern problems require modern solutions, and the mentality of our society is in transition, as is our state. Of course, we cannot only blame people for air pollution, what we need to do is urgent modernization. Although the government often does not take this problem seriously, we can change it through various environmental lobbies. One of these ways is this text, perhaps not significant, but if we all make at least a little effort to change our consciousness, it will be more than enough.

Call for Participants: Training on Dealing with Past and Intercultural Dialogue